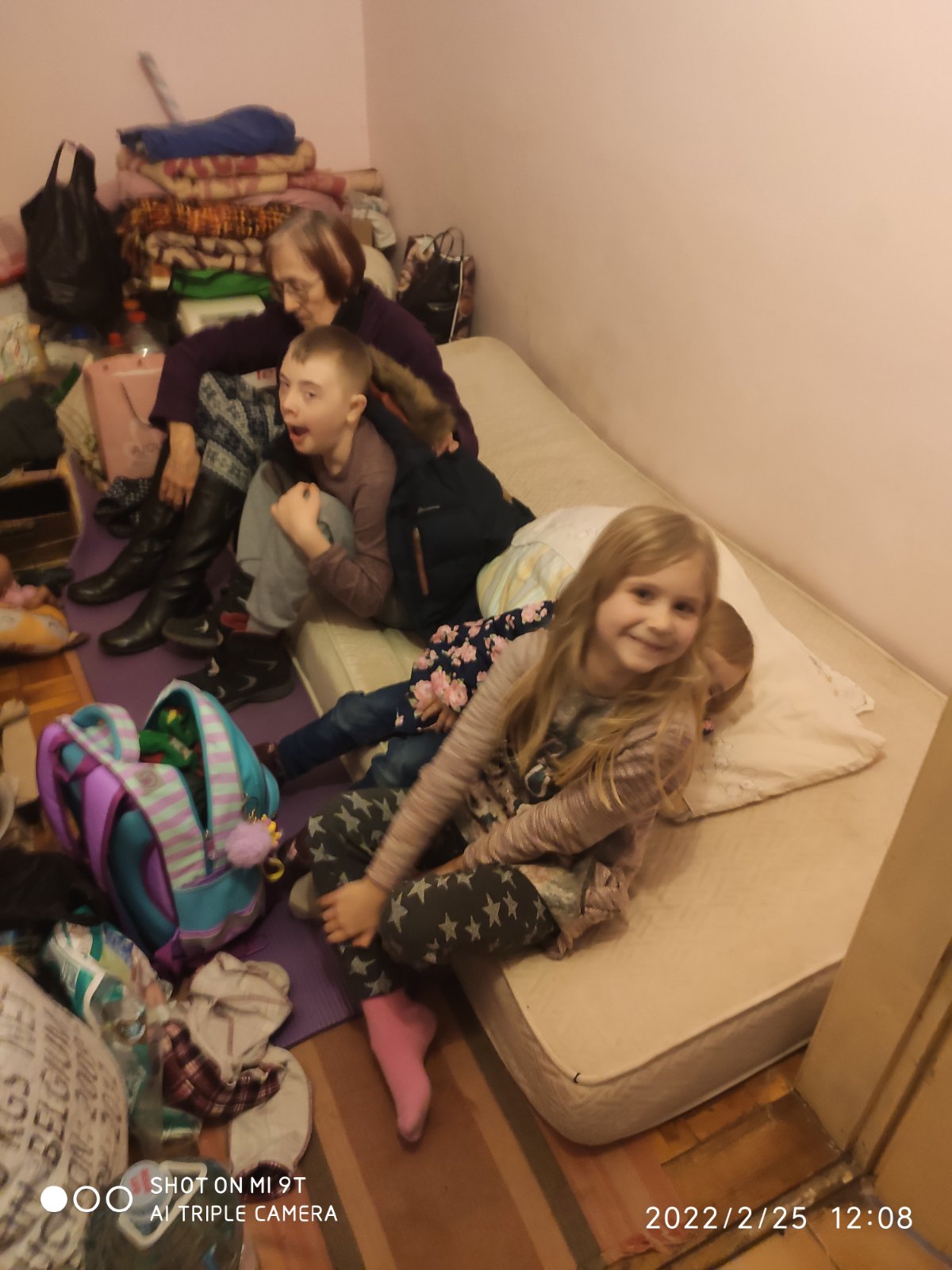 How hard, incredibly and painful it is to realize and understand what happened in your native country, with your people, in your home… Especially in the first hours, days. The feeling that you are sleeping and can not wake up for a long time. It is hard to believe that this is not a nightmare, that all this is not happening in the ultimate reality, but here, now, with you, your loved ones and friends all over the country.

Such a familiar world around is collapsing: soldiers and civilians are dying. Innocent children are dying…!!!

Bombed cities, villages. Everything that was built for a long time by entire generations of people is now being destroyed in a few minutes. The plans, dreams, projects of millions of people destroyed at one moment. Around fear, tears, hatred, cruelty.

Trouble has come to our home.

However, thanks to this disaster, millions of ordinary Ukrainians have united like never before. Many voluntarily went to fight and defend their homeland with weapons in their hands. Many help as much as possible to provide for the army, help refugees, low-income families, the disabled, who are now very difficult. Most people try to help each other like never before. This is visible everywhere.

Most importantly, a lot of people are now closer to God. Everywhere, in all social networks, people call to pray, pray and pray again and call the Lord to protect Ukraine and Ukrainians during this trouble. Even those who have never prayed and had no interest in God are now kneeling down and repenting with tears and crying out to the Almighty. Indeed, during the war there are no atheists. It’s true!

The enemy is taking heavy losses. Only according to official data, about 11,000 Russian soldiers died during 10 days of the war. A lot of military equipment was destroyed. The world community is now united in defense and assistance for Ukraine. Ukrainians have a huge disappointment with NATO. We called, begged to close our sky. Since the Russian army every day launches missile attacks on our cities, on the civilian population, on peaceful facilities and infrastructure. However, NATO denied us this support, which would have helped us save thousands of Ukrainian civilians… Now they are bombing almost everywhere, except of the Western Ukraine (for now!). People with children have been practically living in the basements of Kyiv, Kharkov, Kherson, Chernihiv, Sumy, Donbass and others already 12 days. Children are constantly screaming from endless sirens, explosions, shelling. Parents go crazy and don’t know how to help them. Many now simply cannot evacuate from the war zone. The occupiers do not want to let the civilians out and hide behind them like a human shield… People are afraid to leave the cities, as it is very dangerous. There are many cases when the Russians stopped cars with refugees and simply shot entire families on the road. At first they behaved quite reservedly, not touching civilians and telling them that they had come here to free them. Now, when Putin’s army is suffering huge losses and not having success anywhere, the soldiers are embittered and behave accordingly: even towards the civilian population.

This is despite the fact that the bombs are flying precisely on Russian-speaking cities, where the bulk of the population has always spoken Russian and were very loyal to Russia and the Russian world. Much more can be said. But I think you already know all this from the news.

Rivne was also shelled at the first day of the war.

Sirens, warning of the possibility of shelling, worked day and night. There is also a danger of invasion by troops from Belarus. So far this is not. There are roadblocks everywhere in Rivne, armed people are everywhere. There is a blackout at night. Despite this, it is not as dangerous here like in Kyiv and other cities.

However, my family and I are still at our Hungarian Reformed friends in Transcarpathia: Orosi Pal. It’s safer here. There are no bombings here yet. Everything lives a peaceful life, with some restrictions.

Now, many have sent their families abroad.

Our family is still in Ukraine.

If the situation in Rivne does not get worse, we plan to return soon.

Our Rehab. Center continues to work. There are already serious difficulties. Of the 50 patients, 10 have now passed away. Those who stayed have difficulty paying. And there will be more such people. We are now very loyal to the issue of payments. The price has been reduced several times. But we don’t know what will happen then. Will people be able to pay for rehabilitation at all? Especially if the war goes on for a long time. In the beginning, everyone thought that it would all end quickly. Now many understand that this can go on for quite a long time. As long as there are people, we will work.

Many refugees go through Rivne in transit to the border.

However, many decided to stay in Rivne for the time being.

Now the local authorities have asked us to accept 13 refugees in our Center.

While temporarily. Further it will be seen. Today these people with children spend the night with us. They are from Kyiv and have seen a real war…

All of our employees are here as well. All of them, in addition to working at the Center, also take part in the defense of the country: they are on duty in local self-defense, work as volunteers at various facilities.

We also try to help those who we can: families with disabled children from Babysun (who stayed in Rivne), the elderly, refugees.

We do everything we can.

We pray and ask God to give us strength, patience, health and faith to go through these trials.

We are thankful for your prayers and support.